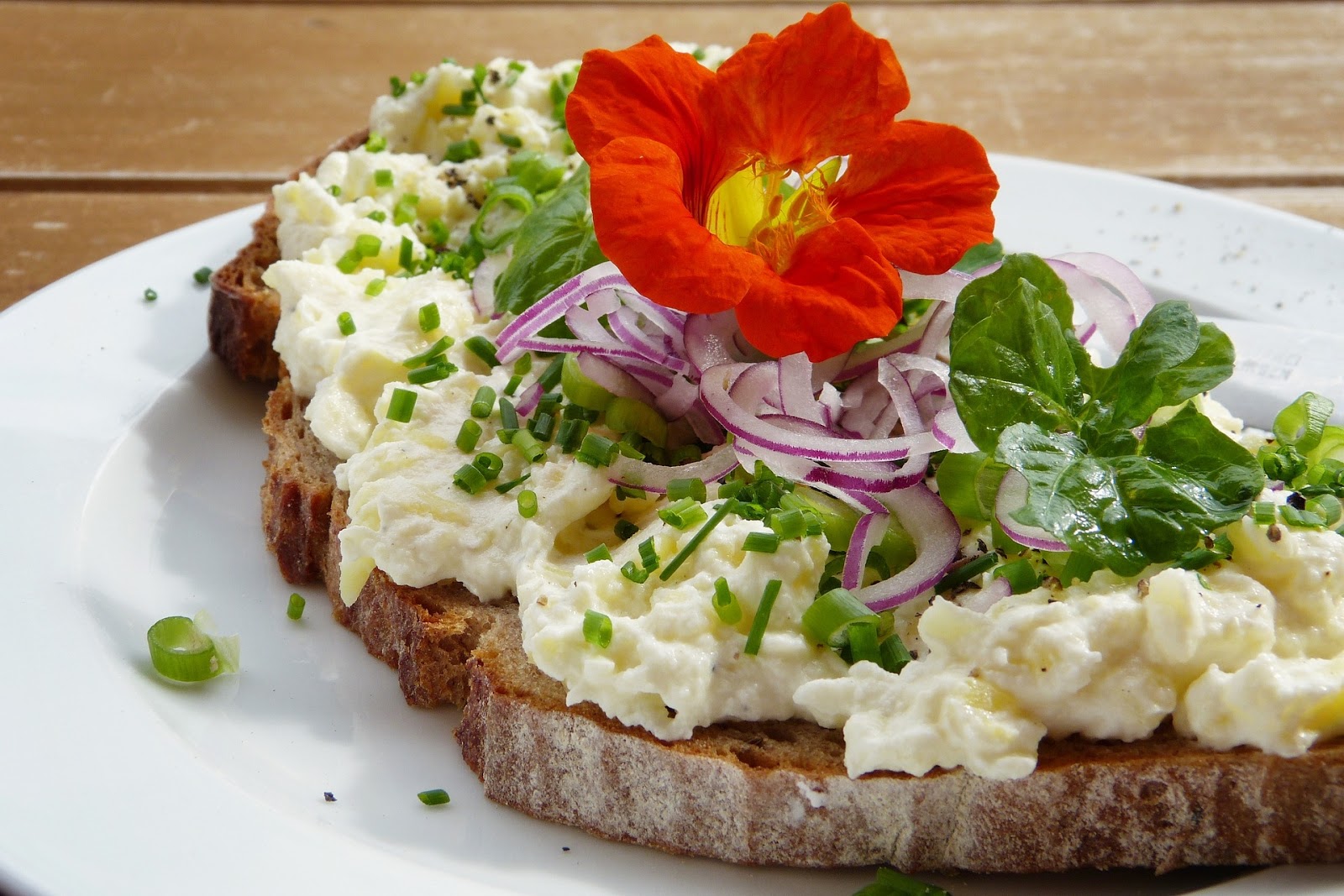 Whether you’re turning to vegan cheese for moral or dietary reasons, you may find store-bought vegan cheeses to be both pricey and lacking in flavor. Luckily for you, there’s a great variety of vegan cheeses that you can easily make from home to maximize the flavor potential. These vegan cheeses are made without dairy and without animal products, and all of them easily rival their non-vegan counterparts

When looking for ways to boost the flavor of your vegan cheese, it comes down to the ingredients you’re using and the techniques you’re adhering to. Quality ingredients paired with skilled hands make for wonderfully flavorful vegan cheese.

Yet, knowing to use quality ingredients and knowing what makes for a quality ingredient are two entirely different things. When it comes to vegan cheesemaking, The CheeseMaker has you covered with everything from supplies to know-how for perfecting your homemade cheese. But before we can shoot for perfection, let’s first uncover where the flavor comes from in vegan cheese.

Dissecting the flavors of Vegan Cheeses 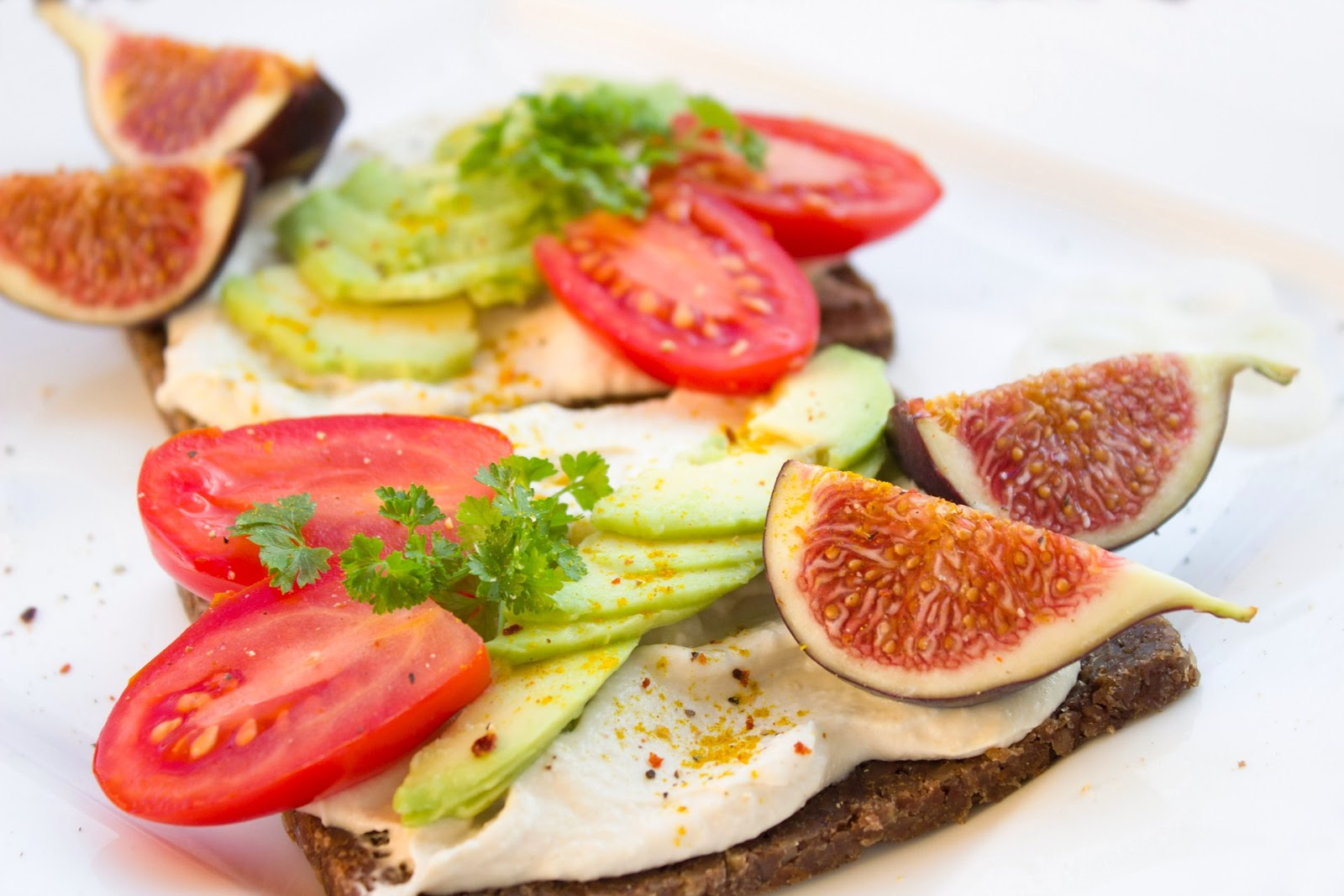 The bulk of the flavor in vegan cheese comes from three things: the type of vegan milk used, the aging process, and nutritional yeast. Not all cheeses will have all of these components, but each serves a distinct purpose in developing vegan cheese.

Popular choices for non-dairy milk in vegan cheesemaking include cashew, almond, coconut, and soy milk. You’d be right in noticing that none of these raw ingredients are particularly reminiscent of cheese. After all, you’d be hard-pressed to say a handful of raw cashews or soybeans tasted anything remotely close to cheese. Then again, you’d be just as hard up eating a spoonful of flour and expecting it to taste like spaghetti. It’s more than just the ingredient chosen; it’s the process it undergoes to turn it into cheese. Oftentimes, part of that process is aging.

Vegan aged cheeses tend to use either the same or very similar aging processes to their traditional cheese counterparts. Vegan camembert, which you can make with our vegan cheesemaking kit, uses the same culture as traditional camembert (albeit one produced without animal products) to get that wonderful earthy rind. As a given cheese ages, its flavor develops and ripens, greatly affecting the final taste. Some cheeses like vegan ricotta won’t require an aging process at all, so they’ll have to rely on something else to incorporate that cheesy flavor. That’s where nutritional yeast comes in.

Nutritional yeast adds to vegan cheese’s taste and texture–you’d be surprised how much of a food’s taste is linked to its texture. This ingredient imparts that signature ‘cheesy’ flavor to vegan cheese and is especially important for cheeses that do not undergo an aging process. On top of that, nutritional yeast is a great dietary supplement that can help to ensure your vegan cheese is as nutritious as it is tasty. 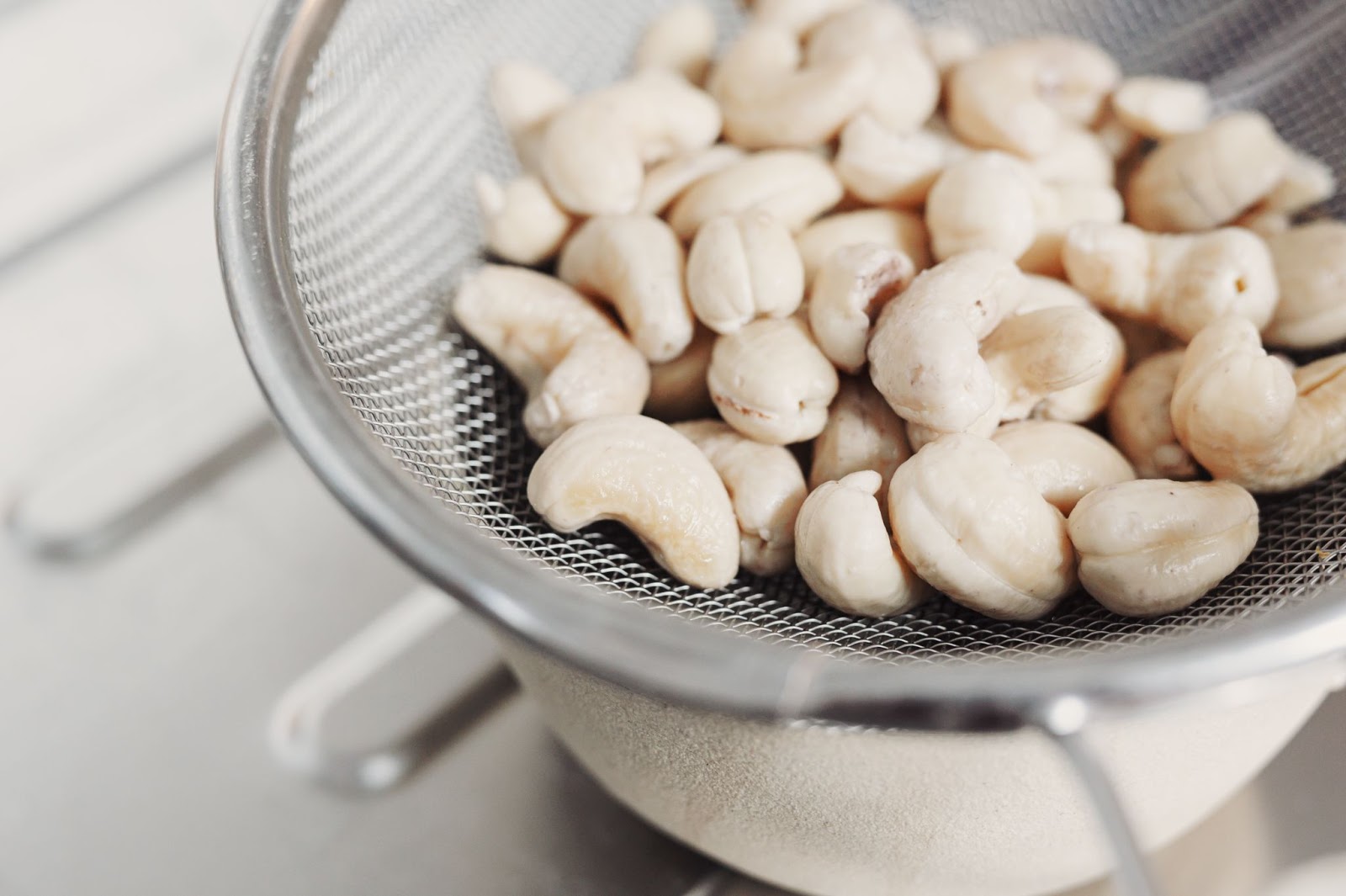 The quality of your ingredients is paramount with any form of cheesemaking–vegan cheesemaking is no different. Your skill will undoubtedly affect the final taste of your cheese, but nothing will affect the end result quite like the ingredients you’re using. Be sure to set yourself up for success when picking up the ingredients you’ll use to make your vegan cheese. The CheeseMaker’s online store has a multitude of high-quality ingredients (both vegan and non-vegan) that can be depended on for great results. Still, there’s more to it.

The most integral ingredient to vegan cheese will be your choice of vegan milk. Vegan milk is the base of vegan cheese and makes up the majority of just about any vegan recipe. You can purchase these non-dairy milk varieties from your local grocer with some success, but you may find it more difficult to manage the texture of your cheese if using store-bought non-dairy milk. Store-bought non-dairy milk will tend to have a higher moisture content than possible when making it yourself. Unless you’re looking to make a cheese soup, that excess moisture can be tough to work with.

Non-dairy milk solids won’t separate with the addition of an acid like dairy milk solids do either, so starting out with a lower moisture content is the best way to curate the optimal consistency for vegan cheese. If making your own non-dairy milk, you’ll want to be sure to use high-quality raw and unsalted ingredients.

The more pre-made ingredients you use for your cheese, the less control you have over the quality of the original ingredients, so take cheesemaking as an opportunity to gain even more control over the food you eat. At The CheeseMaker, we provide you with quality base ingredients that allow you to make true artisan vegan cheese.

When making homemade cheese, the techniques you use are nearly as important as the ingredients you use. Cheesemaking is similar to baking in the sense that it is a precise art form. Proper measurements, timing, and finesse are all contributing factors to your resulting cheese, and vegan cheesemaking is even more unique. The culmination of seemingly minute steps in the preparation of your cheese is what separates a good vegan cheese from a great one.

As an example, when processing cashews for use in your cheese, you’ll want to be sure to soak the cashews for at least a few hours before blending them to extract the most flavor. Soaking the cashews gives them time to plump up and become softer in texture, all the while becoming easier to extract nutrients and flavor from. 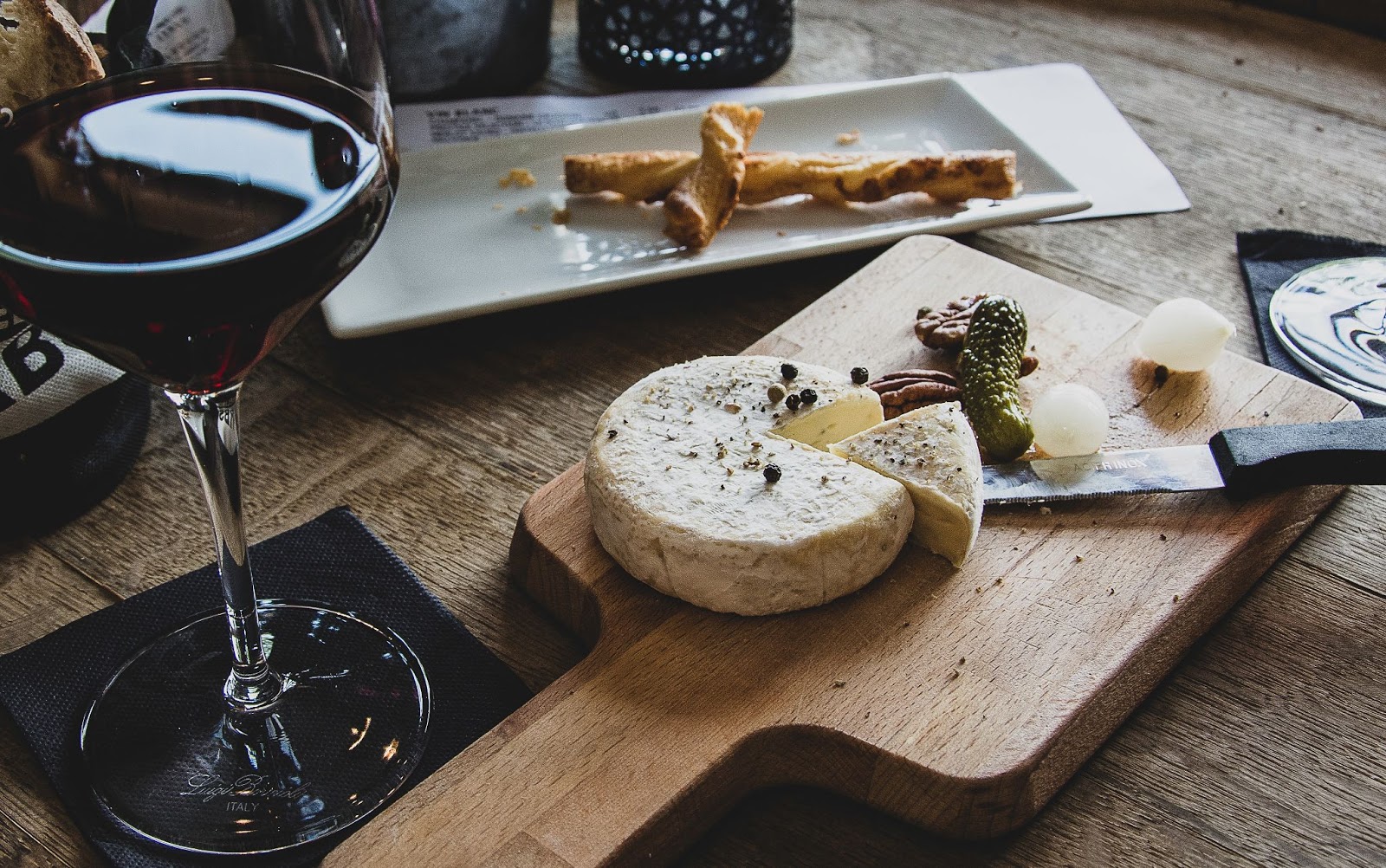 An important contributing factor to your overall flavor experience with your homemade vegan cheese will be the foods you choose as complements. Vegan cheese is wonderfully reminiscent of dairy cheese but is distinct with its own flavor profile and, as a result, responds to pairings slightly differently.

Vegan cheese isn’t as fatty as dairy cheese and tends to have less salt. If you’re looking to pair your homemade vegan cheese with wine, you’ll have to consider these subtleties. The acidity and tannins of wine are useful when trying to cleanse the palate of fatty and salty cheeses, but you’ll find that’s not as necessary with vegan cheese. A lower fat and salt content will lead to your vegan cheese being lighter and nuttier in flavor than dairy cheese, so stick to wines that are lighter-bodied to let the full flavor of your cheese shine through.

Similarly, you’ll want to complement your vegan cheese with other foods that won’t overpower the cheese’s flavor. Flavored crackers, for example, can be relatively over-seasoned and can detract from your cheese. After spending the time to make your homemade cheese, you’ll probably want to taste it over your crackers

You can think of vegan cheese as a newfound opportunity to explore the possibilities of your food! While it may not be a direct replacement for traditional cheese, vegan cheese has just as much potential for culinary perfection so long as you’re ready to give it a chance.

In the short of it, the best way to make vegan, non-dairy cheese taste better is to make it yourself! Our vegan cheesemaking kit has just about everything you need to get started making delicious vegan cheese from the comfort of your own home. Whether you’re curious about what kinds of cheese are vegan-friendly or what’s in a vegan cheesemaking kit, be sure to check out our blog for The CheeseMaker’s insider tips. If you have any questions, feel free to contact us!